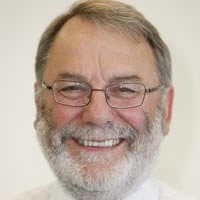 Professor Sir Peter Knight is Senior Research Investigator in the Physics Department at Imperial College and Senior Fellow in Residence at the Kavli Royal Society International Centre at Chicheley Hall. He retired in September 2010 as Deputy Rector (Research) at Imperial College where he was responsible for the College’s research strategy.  He is President of the Institute of Physics (from 2011-2013). He was a member of the Imperial College Management Board and Council, and Professor of Quantum Optics. He was knighted in the Queen’s Birthday Honours List in 2005 for his work in optical physics. He was until 2008 Principal of the Faculty of Natural Sciences at Imperial College London. He was Head of the Physics Department, Imperial College London from 2001 to 2005. Peter Knight is a Past-President of the Optical Society of America and was for 7 years a member of their Board of Directors. He is a Director of the OSA Foundation. He was coordinator of the SERC Nonlinear Optics Initiative, past-chair of the EPS Quantum Electronics and Optics Division and Editor of the Journal of Modern Optics from 1987 to 2006. He is Editor of Contemporary Physics and serves on a number of other Editorial Boards. He is a Thomson-ISI “Highly Cited Author.”

After his doctorate at Sussex University, Sir Peter joined the group of Joe Eberly as a Research Associate from 1972-1974 in the Department of Physics and Astronomy of the University of Rochester and at the Physics Department and SLAC, Stanford University, USA, followed by a period as SRC Research Fellow 1974-1976 at Sussex University; and in 1976 was Visiting Scientist at the Johns Hopkins University, Baltimore, USA. In 1976 he became Jubilee Research Fellow, 1976-1978 Royal Holloway College, London University, followed by an SERC Advanced Fellowship from 1978-1983, first at RHC from 1978 to 1979, transferring in 1979 to Imperial College. He has remained ever since at Imperial College (apart from very frequent visits to the USA), first as a Lecturer 1983-1987, then Reader 1987-1988 and Professor since 1988.

8:55 AM Opening keynote: A roadmap for commercialisation of Quantum technologies in the UK

Check out the incredible speaker line-up to see who will be joining Peter.