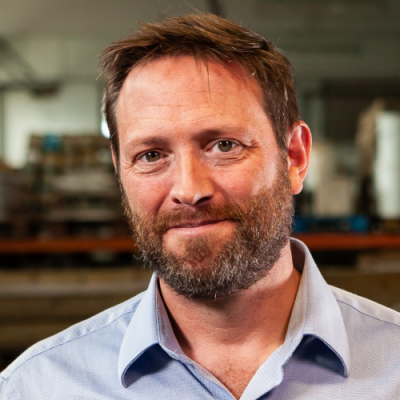 George Tuckwell is director responsible for the Geoscience and Engineering Division of companies within the RSK Group. He currently leads a number of research projects related to the development of cold atom sensors to measure gravity, and for the development of new technology to detect the condition and capacity of buried infrastructure and the detection of water leaks.

George started his career in academia, and has since maintained close links with universities. He holds the position of Honorary Professor in Engineering Geophysics in the Civil Engineering department at University of Birmingham.

He is a UK nominated expert to the United Nations Comprehensive Nuclear Test Ban Treaty Organisation where he designed the managerial, communication and technical procedures required for the complex undertaking of an On-Site Inspection. These include specifications for multidisciplinary data handling, how technical information supports critical decisions, the management of conceptual uncertainty, and the ‘concept of operation’ for the deployment of geophysical technologies in the field.

George is a Chartered Geologist and Chartered Scientist, and as a former Vice President of the Geological Society of London, was responsible for overseeing the award of chartered status to professional earth scientists and engineers. He contributed to the drafting of British standards including PAS128:2014 ‘Specification for underground utility detection, verification and location’, and BS5930:2015 ‘Code of practice for ground investigations’.

Check out the incredible speaker line-up to see who will be joining George.